Visit Middletown for a Taste of New England’s Beauty 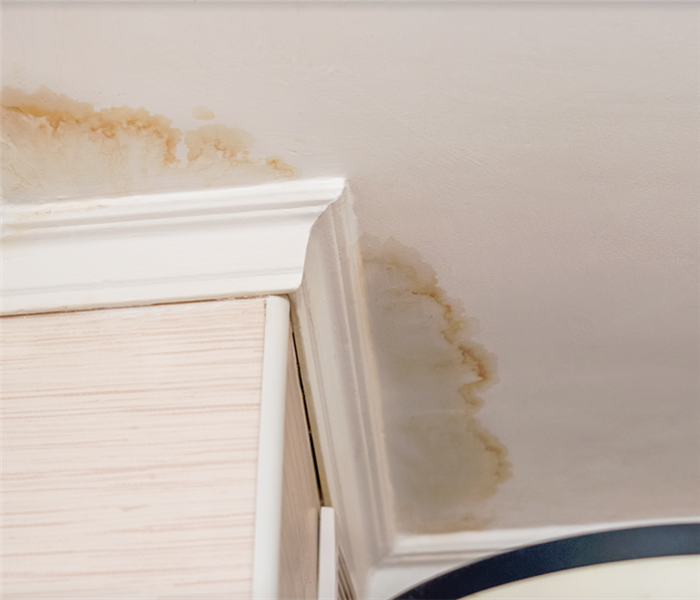 Water damage can affect your home from any direction. Contact our team 24/7 for your emergency needs.

Whether you’re Exploring on your own or in a Group, Middletown has Something to Offer for All Tastes

Along the Connecticut River, Middletown is in Middlesex County, just south of Hartford. The town dates back to the 1650s when English settlers incorporated it. Before its incorporation, the Mattabesett occupied the territory and called the area the Mattabeseck. Even though the site is mostly residential now, at its inception, it was an industrial hub. As one might expect, Middletown owes its name to its location as the halfway point between Saybrook and Windsor.

In the 1700s, Middletown grew strong, and most of its inhabitants participated in trade made more manageable by its proximity to the water. Even though working the land was not easy, the town managed to be prosperous. Slavery has its place in Middletown's early economy, where African slaves from the Caribbean joined the society as laborers and domestic help. However, the advent of trade challenges, which ultimately caused the War of 1812, negatively affected the area. Much of its business was lost due to trading hurdles. Although firearms manufacturing shortly relieved the town from an economic downturn, the industry did not remain in Middletown for long. In the 20th century, Middletown was the home of many immigrants, starting with Irish arrivals fleeing the Great Famine, and later Italians, Polish, and Germans also joined the community. Much later, in the 1980s, people from Southeast Asia came into town to settle down.

Enmeshed within the history of Middletown is Wesleyan University, founded in 1831. Today it houses over 3,000 liberal arts students on a picturesque campus offering a diverse student population and advanced research. The University owes its name to John Wesley, founder of Methodism. It was precisely the Methodist movement and its focus on education that prompted this vital institution's creation. Although it has since forgone its Methodist designation and expanded its academic offerings, the University’s emphasis on innovative learning is still alive today.

There is no better place to visit than the Middlesex County Historical Society to understand Middletown, its origin, and its place in history. Focused on preserving the history of Middletown and Middlesex County, it achieves its mission through different mediums.

The Historical Society has also created the Middletown Heritage Trail, which allows the visitor to take a self-guided tour through town. The most relevant historical landmarks in the city are clearly marked, and visitors are encouraged to learn about their significance through the literature available at each site. Group tours are also available by contacting the Historical Society for arrangements.

Middletown has a privileged location along the Connecticut River banks, and outdoor activities take advantage of this beautiful landscape. Trails are available along the waterfront as well as in proximity to the many tributaries in the area. Additionally, the city has preserved more than 2,400 acres of open space for its residents.

Aside from natural formations, Middletown’s downtown is ideal for a stroll. The eclectic collection of shops, plus wide sidewalks and a pleasant view, have earned Main Street national recognition. The town’s gastronomic offering is also notable and evidence of the confluence of cultures that inhabit Middletown. On any given day, music, art and entertainment are on display for all to enjoy. For more information on Main Street happenings, make sure to follow Downtown Middletown on social media.

Middletown has a lot to offer if you are planning a special event such as a wedding or family reunion. Once again, its scenery makes an ideal backdrop to your celebration, and the numerous outdoor venues allow flexibility in decorating them to match the occasion. Lady Katharine Cruises offers a unique option by carrying your special occasion down the Connecticut River while you celebrate. Lodging is available throughout the city in historical places that now enjoy the comforts of modern life. The Inn at Middletown and Wadsworth Mansion are great examples of the meeting of historic architecture with today’s services.

Middletown has also been named one of the “100 Best Small Arts Towns in the United States.” The Middletown Commission on the Arts was established in 1972 to encourage the arts in the community. It works with local artists and organizations to support budding artists, performances, and exhibitions. Programmatic opportunities are made possible year-round in a variety of venues.

Water damage to Middletown building structures is not uncommon. Although one might think the city’s proximity to the water is the culprit behind any water damage, in reality, routine wear and tear in our homes can easily disrupt our lives. All it takes is a leaky pipe or a broken window to cause water damage, and relying on a professional water restoration company is the best way to reverse the damage.

SERVPRO staff is trained in the latest techniques and industry best practices to restore your home after a water incident. Our industry-grade equipment, including drying mats, air circulators, and extractors of various sizes, help us tailor an action plan to your needs. Our fleet is knowledgeable of environmental practices and readily available 24/7 for your convenience.

SERVPRO of Middletown/New Britain is your resource for water removal and ancillary issues such as drywall replacement and floor restoration. Call our knowledgeable team at (860) 826-5169 and let us leave your home, “Like it never even happened.”